Step Back to the Voyageur Days with The Past Passed Here

Hollywood’s got it all wrong: Time travel doesn’t require a futuristic machine or a magical spell. All you need is some historical knowledge and imagination, although guys in buckskin help, too. These elements and more – itchy-outfit clad re-enactors, historically accurate food and games, and period props – will allow visitors to step back into Wisconsin’s early history at The Past Passed Here, an annual historical encampment in Allen Park in downtown Chippewa Falls. The event – which this year runs Thursday, May 7, to Sunday, May 10 – will conjure up the late 1700s and early 1800s, when French fur traders, lumberjacks, and Native Americans plied the rivers and forests of the Chippewa Valley. “Voyageur stew” is not only a menu item at the gathering – it’s a description of the rich mixture of cultures that era brought to our neck of the woods (and waters). 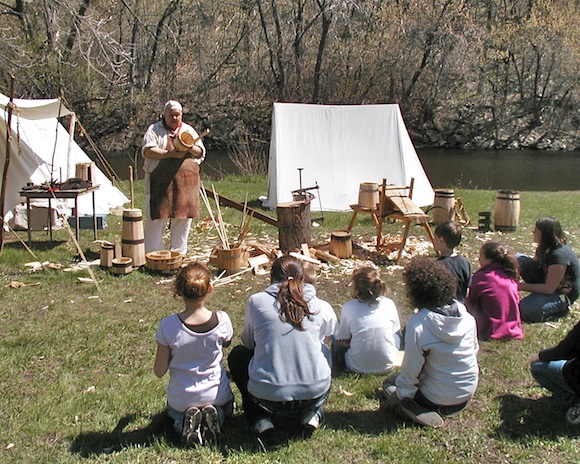 A few years back I had a chance to stroll amid the tents and tepees and soak in the sights, sounds, and smells of centuries past. The roughly 100 re-enactors – whether they portray fur-seeking Frenchmen, Native American traders, or period-accurate craftsmen (and craftswomen) – are more than willing to spin you a tale and educate you about their historic roles. Under the watchful eye of the “booshway” – the man who oversees a fur-trader camp – you’ll encounter blacksmiths, porcupine quill weavers, Dutch oven cookers, and even roving bands of musicians. Among the latter group you’ll find fiddlers, bagpipers, and a percussionist who bears a striking resemblance to Jim Schuh, the Chippewa County Historical Society vice president who helps organize the event. 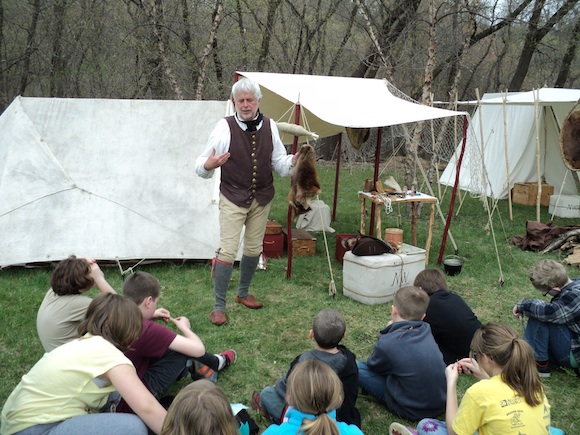 While the hundreds of local fourth-grade students will learn hands-on history at the encampment throughout the school day, during the rest of the event’s four-day run the aim is to enlighten and entertain curious folks of all ages. “It’s geared for the students,” Schuh explains, “and it’s something that the public also seems to enjoy.” 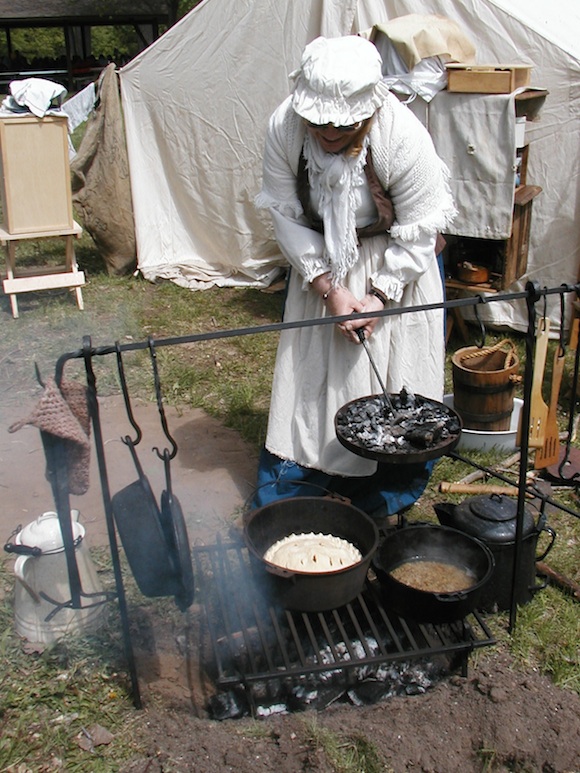 Part of the gathering’s mystique is that the past literally did pass here: French fur traders really traveled past on Duncan Creek and the Chippewa River, an Ojibwe village stood nearby, and the park once was the site of the Chippewa Lumber & Boom Co., the “largest sawmill in the world under one roof.” Come down, eat some frybread, swing a tomahawk, and listen carefully for the subtle sound of voyageurs’ canoe paddles in the creek.