Don’t let the name of the game scare you off. Pickleball is a great game for all ages and all athletic abilities. In fact, it really has nothing to do with pickles, except for the occasional post-game snack. 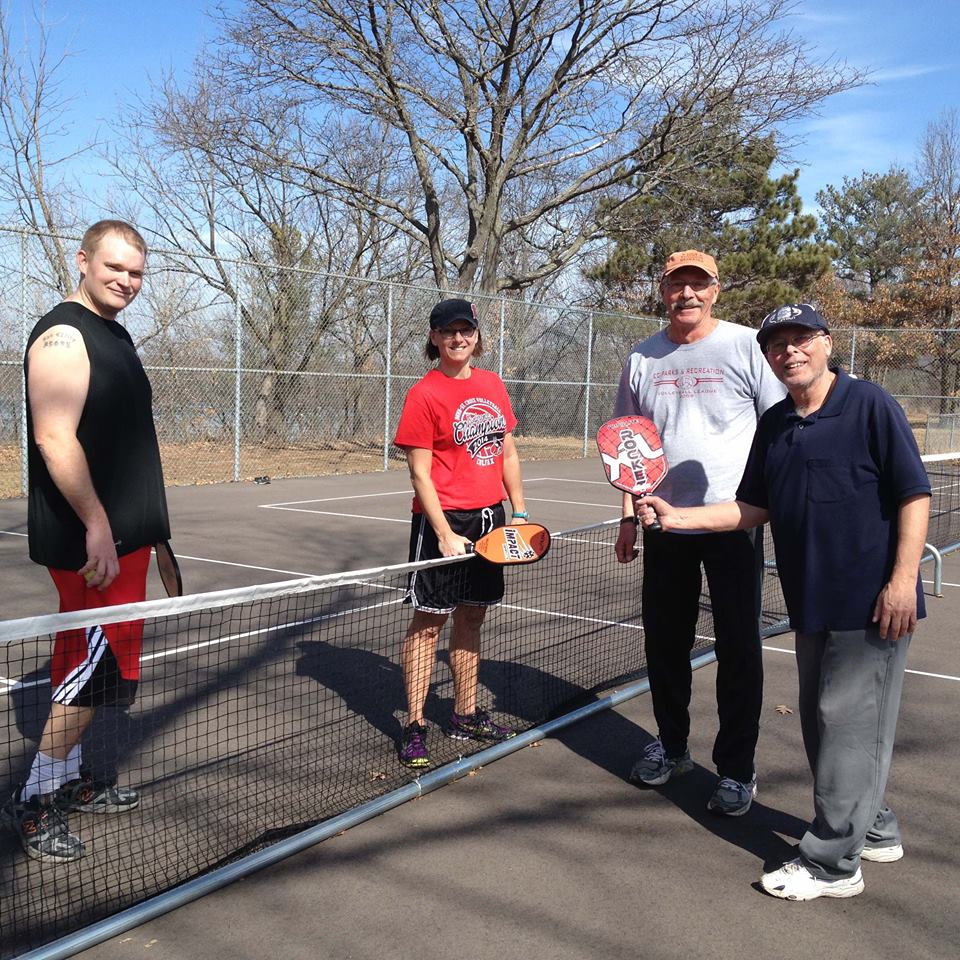 When I explain this game to people, I tell them that it’s a cross between badminton, tennis and ping-pong. Like badminton, doubles is the most common way to play. Like tennis, the server aims for the small box diagonal from him or her. And like ping-pong, the server is not allowed a second serve after a miss. The scoring is unlike all three. Teams may only score on their own serve. Games are played to 11, and teams must win by at least two points. 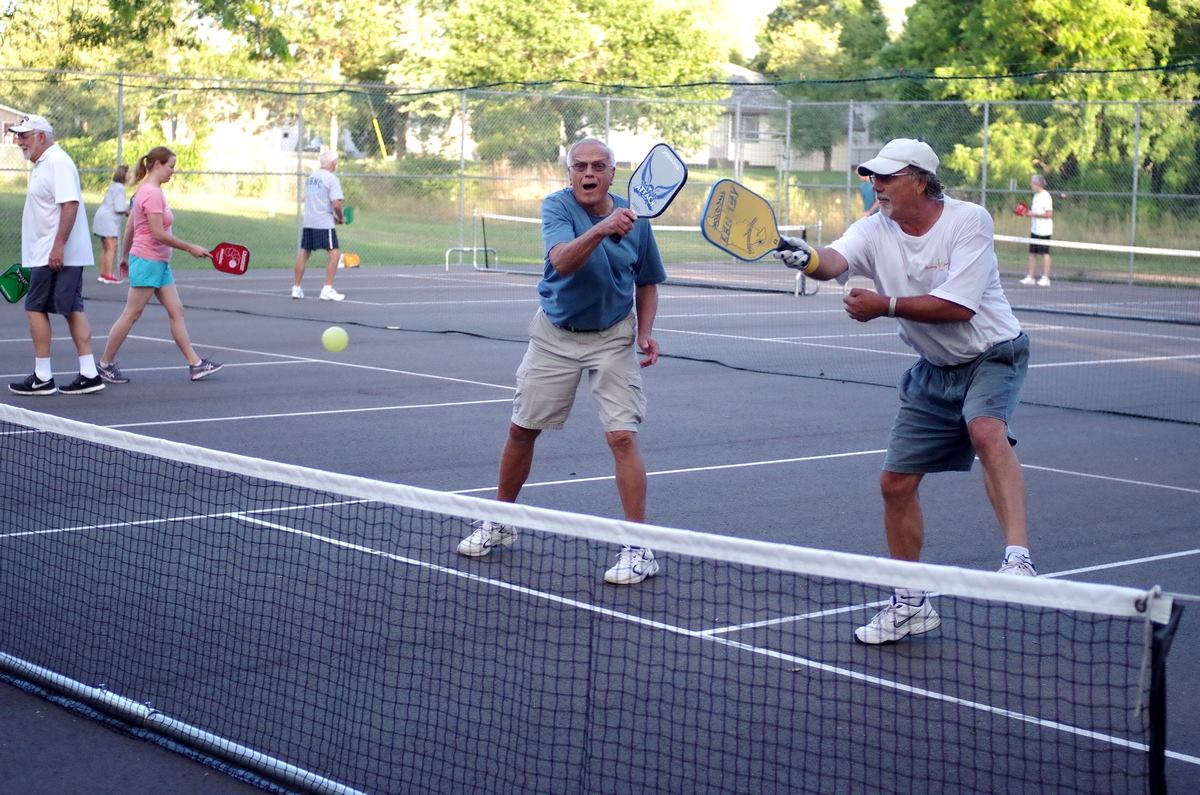 You can get your pickleball fix at many different places in Eau Claire. McDonough Park is a great place to play outside during the summer. Open pickleball is held there between 9:30 AM and 12:30 PM and from 5:30 PM until dark weekdays, and from 8 AM until noon Saturdays. This is when the most people will be available as opponents and/or to answer questions from the newcomers. Outdoor courts also are available at DeLong Middle School, Carson Park and Altoona Hillcrest Estates Park. These courts will be less trafficked for those of you who would like some private practice before jumping right into competition.

So many people love this game, they needed a place to play during the winter months. The Eau Claire YMCA, the Eau Claire Indoor Sports Center and St. Mark Lutheran Church are available at certain times throughout those months. For more information, check out the Eau Claire Pickleball Facebook page or email Ron Doering, the Regional Pickleball Ambassador to be added to the email list.

Going from playing three sports in high school to the occasional intramural game once a week in college was hard for me. I needed something else to offer a break from the daily stresses that school brings, so my dad mentioned pickleball. He nailed it right on the head. I instantly fell in love and have been trying to fit a game here and there into my busy schedule ever since. 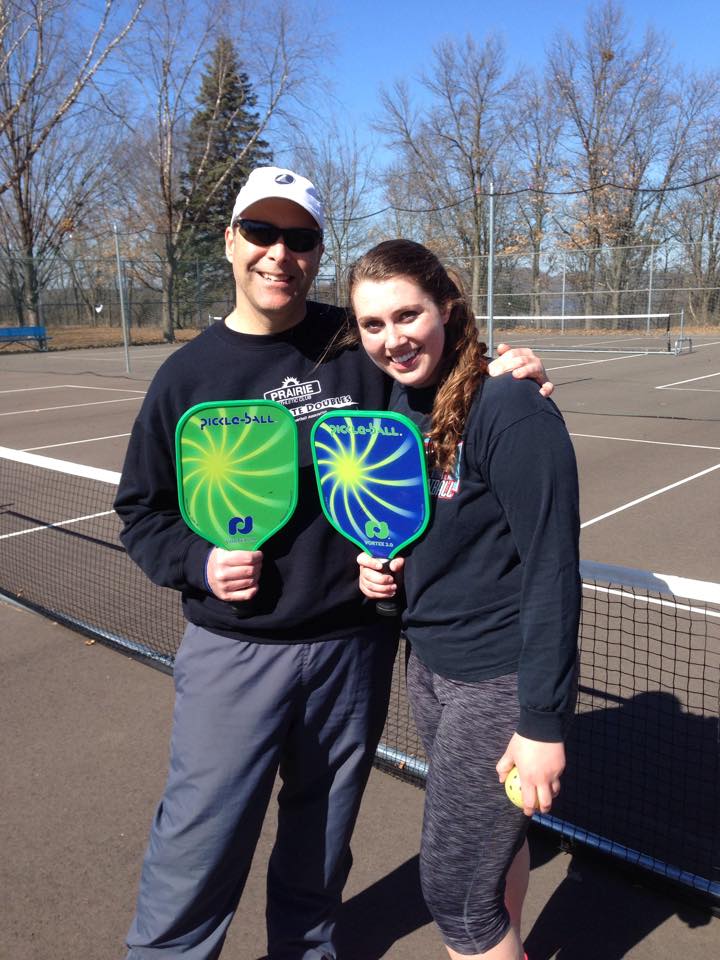 Of course, the smack talk is never far from the surface when you’re playing family members. I’ve come up with some fun ones, such as: “Stop being such a cucumber,” and, “You’re about to be pickled.” So I hereby challenge you all to transform from cucumbers to pickles this month, and hop on board the pickleball train!